Over the course of two decades, the Directors of InQuest have been responsible for the delivery of a series large-scale research projects across the cultural, media, corporate and legal sectors. Many of these projects have involved the management of vast quantities of documents and information; some have been connected to discovery projects for major legal cases, others have resulted in the production of confidential reports on vital areas of public policy. Our clients have included leading Irish law firms, blue-chip companies, Government departments and the Office of the Attorney General. Furthermore, InQuest has collaborated with Boston College-Ireland in the design and delivery of large scale and innovative public history projects.

Between 2008 and 2012, the Directors of InQuest served as Directors of the GAA Oral History Project based at Boston College-Ireland. A four year enterprise involving a small and talented research team, this was the largest sports history project undertaken anywhere in the world and it resulted in the creation of a vast archive of Irish memory, preserving for future generations an extraordinary resource for investigating Irish social experience in the 20th and early 21st centuries. The project has also resulted in the publication of three popularly acclaimed book: The GAA: A People’s History (the best-selling history book in Ireland in 2009); The GAA: County-By-County (2011) and The Gaelic Athletic Association: 1884- 2009 (winner of Best International Collection at the Annual Sports History Awards in America in 2010). 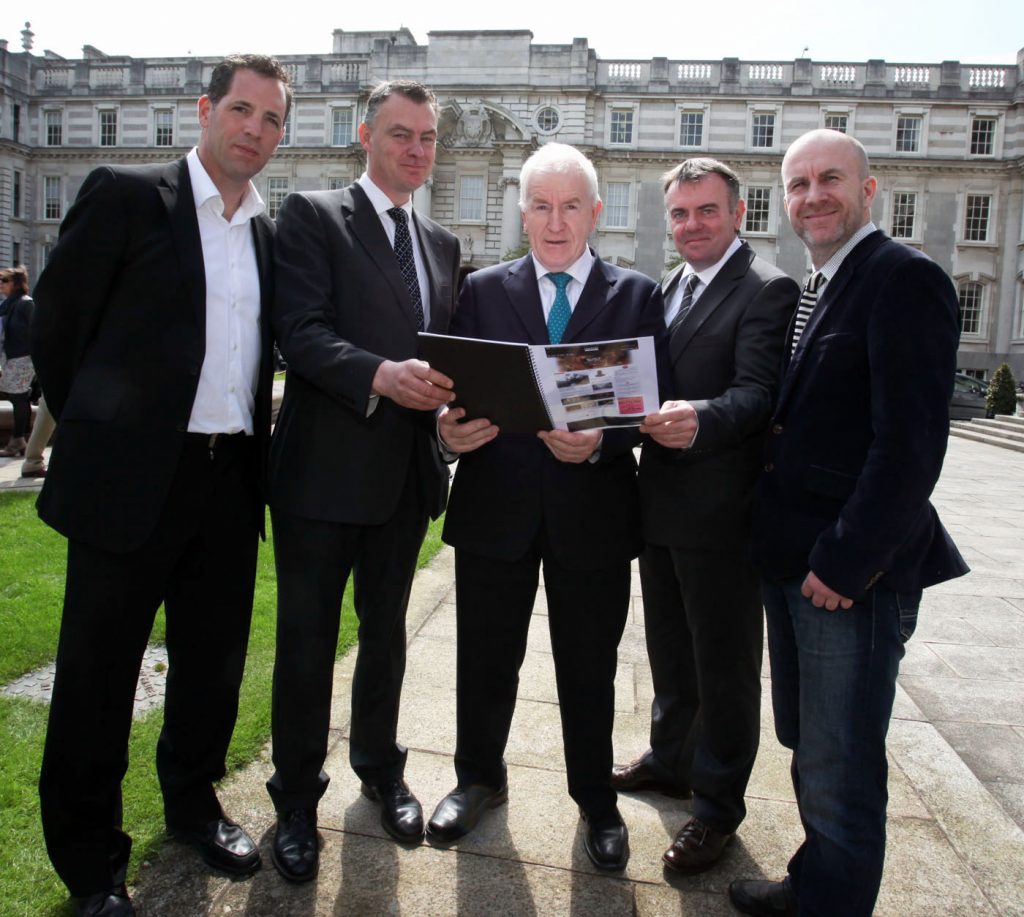 Pictured at the launch of the Century Ireland project at Government buildings in May 2013 are (from left to right): Mark Duncan (InQuest), Prof. Mike Cronin (Boston College-Ireland), Jimmy Denihan TD (Minister for Arts, Heritage & the Gaeltacht) and Dr. Paul Rouse (InQuest)

Since 2013, in a further collaboration with Boston College-Ireland, InQuest’s Directors have served as Directors of Century Ireland, a multi-platform digital newspaper and online resource for information and analysis on a critical period in modern Irish history. It is a central plank in Irish State’s plan to commemorate the Irish revolutionary decade, 1913-23. Funded by the Irish Government, Century Ireland is hosted by the Irish national broadcaster, RTÉ (www.rte.ie/centuryireland), and involves a partnership between all the major cultural institutions in the State and leading educational institutions on the island of Ireland and beyond.

Century Ireland was awarded an Eircom Spider award for best Irish Arts, Culture & Heritage website in 2013 and was also shortlisted for a prestigious Prix Europa, one of the biggest prizes in the world for public service television, radio and online production. In 2015 Century Ireland’s online Gallipoli Exhibition earned another eir Spider award – this time for Best in News, Publishing and Entertainment – as well as an Irish Award for Best Arts and Culture Website. In 2016, Century Ireland collaborated with the Government’s Ireland 2016 office and others, including Google, to deliver the Dublin Streetview, 1916-2016, narrated by Colin Farrell. See RTÉ News report here.