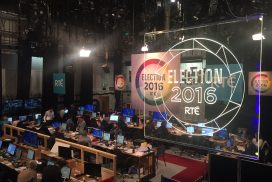 InQuest producers, reporters and researchers provide a unique service for television and radio producers, and for independent companies. For almost two decades, InQuest has delivered quality programming across news, current affairs and sport.

Amongst others, the InQuest team has worked extensively with RTÉ News & Current Affairs on behind the scenes research and production and their work has been used across all RTE platforms – television, radio and online. In addition, throughout the various election broadcasts, the InQuest team plays a pivotal role in the management and delivery of the RTE results service.

Furthermore InQuest has researched, written and illustrated newspaper supplements for broadsheet and tabloid newspapers, and scripted and produced short films for internet and television broadcast.InQuest has also acted as editorial consultants on numerous TV documentaries.

Watch Full Coverage of the State-led Battle of the Somme Centenary Commemoration Ceremony at the Irish War Memorial Gardens, Islandbridge, Dublin. Broadcast on Saturday 9 July 2016. InQuest has been involved in the coverage of all major State events and Party Conferences for over a decade.

InQuest Directors Mark Duncan and Paul are regular contributors to radio and television programmes and contribute regularly to print media. See below for examples of their work: